Toronto is a cosmopolitan city in the district of Ontario and the largest in Canada. It’s also the fifth most populous city in North America, home to over 6 million people. The city is quite reflective of its immensely diverse population, with a multicultural setting that speaks of Toronto’s great acceptance.

Toronto is distinctive due to Lake Ontario, a sprawling waterfront that accentuates the beauty and charm of the city. Toronto is also the hub of Canada’s business, technology, and entertainment sectors, with immense opportunities for everyone, from personal indulgences to career growth prospects.

The city also boasts a vibrant nightlife. One can find various locations such as Queens West, Kings West, Ossington Avenue, Little Italy, and many more areas with pubs, bars, and nightclubs that operate late into the night. Visit a sassy jazz club or just grab a few beers with your pals; Toronto is the place to be. 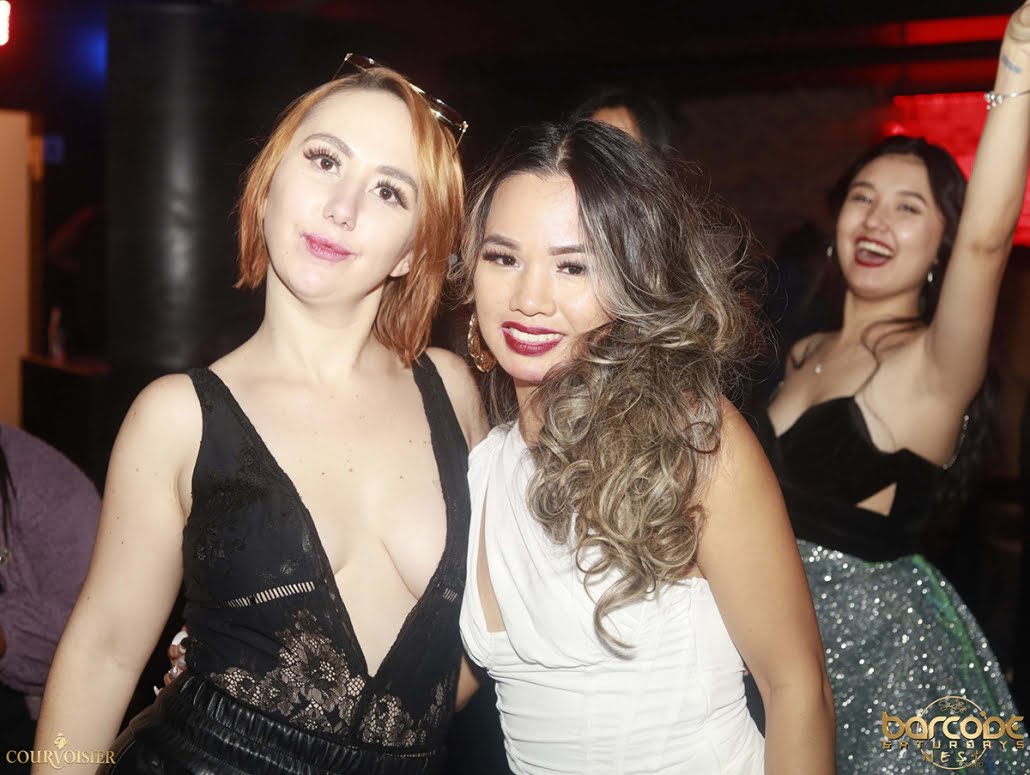 Toronto has a bustling nightlife, complete from diners and theaters to pubs and nightclubs. The city’s electric atmosphere has given rise to a sensational nightlife experience, with something in store for everyone.

If you’re in Toronto and want to explore the amazing nightlife avenues, here are your options:

Expertly Crafted Cocktails with Decadent Music at the Heart of Toronto

Welcome to Barcode Saturdays, a brand new clubbing statement set at the heart of the luxurious NEST Toronto. We set the night alight with the top Hip-Hop, RnB, Trap, Latin, and Reggae tracks that keep the party fulcrum in full motion deep into the night.

Barcode Saturdays are the apex of the bustling Toronto Nightlife. Along with premium cocktails, our resident and guest DJs spin the night with chart-topping hits that keep you moving. Explore the tantalizing setting of Barcode Saturdays with mouth-watering menu options and lip-smacking drinks.

Book your Saturday night of dazzling disco with Barcode Saturdays and get transported to a land of ultra-high sonic boom and carefree vibes. Clink the glasses with your buds at our state-of-the-art bar, where professional bartenders set the mood straight and get you grooving.

Witness the Best of Toronto’s Nightlife with Barcode Saturdays

Looking for a nightclub to celebrate a special occasion? Or maybe you simply want to round up the gang and head straight out to the party waters!

Barcode Saturdays have an outstanding ambiance and riveting music with great spaces to hire for your events. Our VIP Bottle service allows you to book your own space for your own people and enjoy premium drinks and house champagnes with your gang.

Spruce Up with Our Birthday Celebration Package

Celebrate your special day like never before with Barcode Saturdays. Our birthday celebration package is specially crafted to elevate your birthday to the next level with all your loved ones and a beautifully chaotic night.

Contact us now to book your birthday booth in advance.

Situated at the very heart of Toronto, Barcode Saturdays is your top party destination every Saturday night. Our club is the number one party ritual in the city and a fitting symbol of Toronto’s nightlife.

Become a part of our super nightclub every Saturday night. We’re frequented by renowned personalities, from movie stars to top artists and sports persons who visit us to get their weekend kick going. Come home to the apex of parties in Toronto, as we host some of the hottest and most happening events throughout the year, with the latest tracks that keep you pumped all night long. Our guest and resident DJs play the Top 40 RnB, Hip-hop, Reggae, Trap, and Latin hits for a memorable Saturday night party. 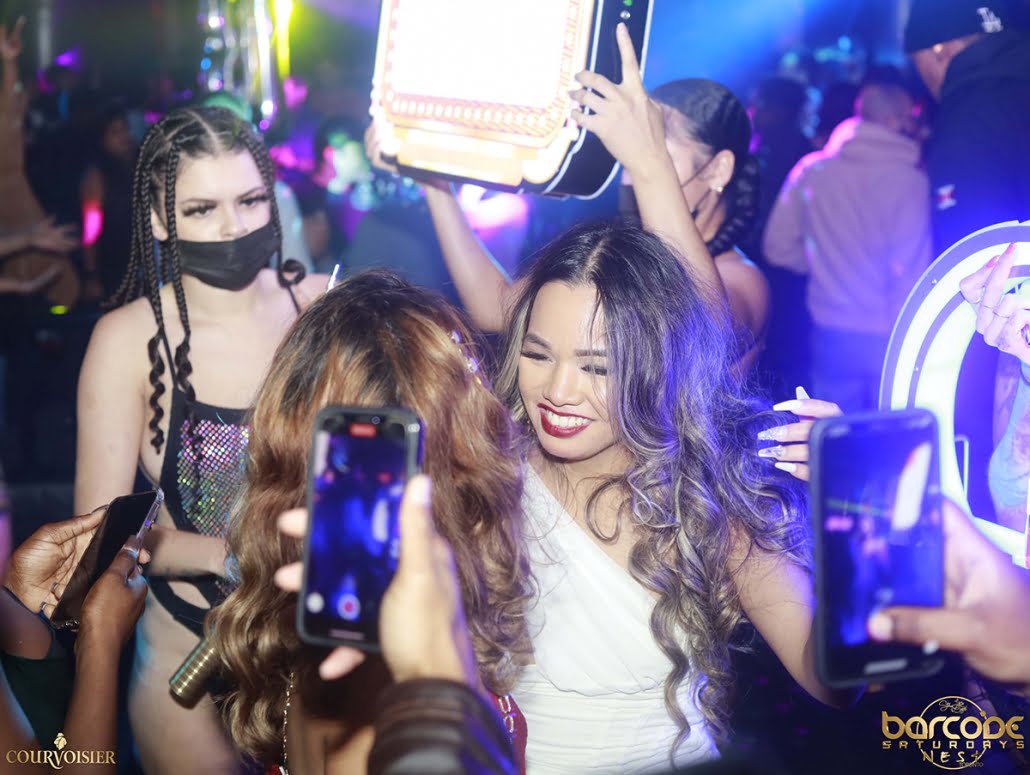 Get a VIP Taste of Toronto’s Nightlife

Enjoy the Canadian nightlife like never before with our unique VIP bottle booth service. Get a touch of exclusivity on your weekend gigs with personalized services and offerings from Barcode Saturdays. Usher in your party crew to experience a sensational ambiance, exemplary services, premium drinks, and dedicated sound systems for your weekend celebration.

Why reserve a VIP bottle booth at Barcode Saturdays, you ask?

Here are some compelling reasons to do so:

So what are you waiting for?

Kick-off this Saturday night with a celebrity-style affair at Barcode Saturdays. Simply contact us and let us know about your Saturday night plans at our nightclub. We’re happy to help with any requirements or reservation details that you need. Check in now to know availability.

You can also ask for a bottle booth for any special occasion of yours, like a birthday or a bachelorette party. Call us at (647) 408-1186 to make a reservation or any other info.

Feature on our Guestlist

At Barcode Saturdays, our motto is to elevate your Saturday night into dizzying heights of luxurious clubbing. We’re the top clubbing ritual in Toronto and the benchmark of the happening Toronto nightlife.

We curate a guestlist every Saturday night where you can sign in and be part of a long might promising to be an absolute banger. Our guestlist allows access to the club along with special offers and thrilling surprises awaiting you.

Ladies always party free with us. That’s right. Simply signing up on our guest list allows them to enter our nightclub without any fee or charge. Additionally, they’re entitled to a complimentary bottle of champagne from our end. They can kick start the celebrations with a splash of champagne with their maidens and get ready for a night that glorifies Toronto’s nightlife scene. Our guestlist service ensures that you can get entry to the best bar in Toronto even if you’ve not made your reservation with a VIP Bottle booth. Signing up before 11:30 PM allows ladies to enter our nightclub free of charge.

So stop waiting and sign in to our guestlist today to join Barcode Saturdays this weekend and enjoy a royal clubbing experience at the heart of Toronto.

If you’re truly looking to get your party on, Barcode Saturdays is one of Toronto’s top nightclubs. We have multiple DJs and live performers who are sure to keep your Toronto Nightlife lively. If you want a taste of Hollywood, be sure to check out our celebrity guest list. You actually never know who might show up at Barcode! Going to a club is always exciting for ladies but can also be a bit startling if you’re really not totally confident in your own skin.

If you’re heading to a club in Toronto, make sure to find out whether ladies get in free before making any purchases. Most clubs that draw large crowds and keep their dance floors packed often offer free cover for ladies. In addition, some clubs offer discounted prices on bottle service. At Barcode Saturdays, Ladies never pay cover before 11 p.m. & enjoy a complimentary bottle of champagne.