The new wave/Synthpop band Men Without Hats are back in Stouffville, ON, at the Wintersong Music Festival 2023. The fourth edition of the festival, which will take place from January 20-21, announced their headlining acts for this year.

The festival features headlining acts by two-time Juno award winner Dan Mangan, along with the local sensation Men Without Hats. They will be joined by another local Indie Pop band, Man Made Forest, and a collaboration between Daniel Monkman and Adam Sturgeon named OMBIIGIZI.

Let’s take a closer look at the Montreal-based artists’ Men Without Hats and more about the Wintersong Festival, which returns to Stouffville in Ontario.

They achieved international fame with their 1980s album Rhythm of Youth which featured the track ‘The Safety Dance.’ This single peaked as the 11th highest-selling single in 1983, having spent four weeks on the Billboard Top 100. Subsequently, their 1987 album ‘Pop Goes the World’ enjoyed the same level of success, having featured in multiple charts across the US and Europe.

Men Without Hats have received several honors for their unique music style, including the Juno Award for Breakthrough Group of the Year in 1984 and two Juno awards for the best singles of the year. The group reached its height with the Grammy Award for Best New Artist that same year.

The group has been reformed three times and has gone on to release eight studio albums along with a number of EPs. Since 2010, the beloved Canadian group has been actively touring across Europe and North America with live shows of their new album ‘Love in the Age of War.’ Recently in 2022, the group released its 8th studio album, Again, Part 2, which has been performed live extensively by the band since its release. 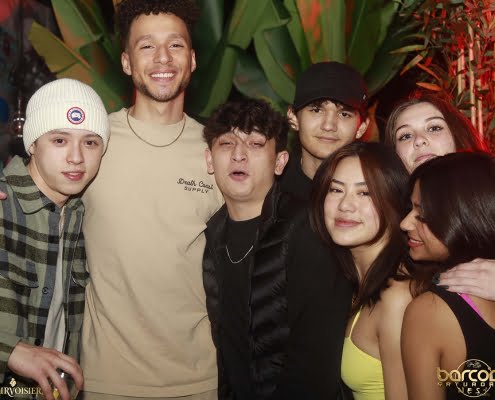 The Wintersong Music Festival is a live music and cultural event that will include live music, dining, shopping, and other attractions for people of all ages. The free-to-attend music festival brings 100+ artists to Stouffville who will be performing at 15 venues including cafes, bars, theaters, and other public spaces.

The festival takes place annually and is a free-to-attend event, drawing a boisterous crowd of over 5,000 people from all over the York region. Wintersong has offered its live spectacle with an eclectic blend of local and international artists who perform at multiple venues across Stouffville.

The unique model of the festival ensures quality entertainment for every age group without charging a single dollar while supporting local businesses like pubs and cafes where live shows will take place.

The lineup of the Wintersong Festival 2023

The music festival brings a whole lot of dynamism with some of the top Canadian and international artists who’ll be performing headlining acts. From indie-pop sensation Stars to the iconic Grammy award winners Men Without Hats, many top artists will take the headlining stage at the Spring Lakes Golf Club over the two-day event. Other headliners include the Juno recipient singer-songwriter Dan Mangan and the critically acclaimed indie rock group OMBIIGIZI.

These headlining acts will be supported by the lo-fi icons Kiwi Jr, along with the reunion of the grunge band Mrs. Torrance. Another buzzing live performance will be delivered by JJ and the Pillars. The festival also goes big on local names including Man Made Forest, Evan Farell, Hungry Lake, The Muffin Men, and a century of other artists during the weekend.

Men Without Hats at the Wintersong Festival 2023

Celebrating their synthpop masterpiece and skillful use of their songwriting with their latest album Again 2, Men Without Hats, will take the stage at the Spring Lakes Golf Club on January 21 from 4:00 PM. The album is a tribute to their 80s sound with the innovative music techniques of today. Featuring 14 songs, the album includes guitarist-producer Sho Murray, who’s well renowned in the local Canadian music circles.

Attendees can also enjoy an exclusive pre-party at the Spring Lakes Wintersong Lounge, where they can get in the vibe of the festival and the amazing lineup of performances.

Things to do at the Wintersong Music Festival 2023

The second edition of the festival after the global pandemic, the Wintersong Festival, returns with a bang this year with an even better lineup of artists and things to do. The major attractions will be the same as last year, including 16 venues ranging from the Spring Lakes Golf Club to restaurants and bars across the town, along with a Youth Stage and karaoke shuttle buses to transport the attendees across venues free of charge.

This year, the organizers have joined hands with the Latcham Art Center, which will be hosting the Youth Stage and kid’s workshops and entertainment. A unique offering this year would be the Silent Disco at the Stouffville library and an educational panel led by music-industry experts for the upcoming Canadian musicians to learn from the best.

You can access the live schedules and other important information by scanning the QR codes on posters across all the venues.

Enjoy the Resurgence of Men Without Hats at Wintersong 2023

We’re all excited to witness the comeback of our heroes Men Without Hats who have defined an era of classic indie music infused with unique Synth sounds. This year, their performance is due to take the festival to a whole new level as we’re blessed by the baritone voice of Ivan Doroschuk coupled with the virtuoso of Sho Murray over guitars.

Grab your tickets and head to Stouffville’s beloved music festival that’s open for all ages without any cost.

What to Wear to a 90s Party